When Delivery Hero’s CFO invited me to speak in his department’s all hands last week, I asked myself, “How can I explain the essence of agility in 5 minutes?” A good way to see if you’ve understood a concept is by explaining it to a child in as few words as possible. This task wasn’t much different, albeit with an audience size of a couple hundred accomplished people who may or may not have heard about agility before.

So, what is agility? The first of the two analogies that I used was comparing the way of working on an assembly line in a factory, where the requirements are not changing often versus having your own foodtruck.

In the former, you do not need to change your approach from one batch to another; there is no need to communicate with others; inspect the batch and adapt your technique to fit the needs. Things are stable and the cause-and-effect relationship is simple, in cynefin terms. You know that an input of X will result in an output of Y.

In the latter, customers will tend to have slightly different preferences for food, depending on the state, city or country that you drive to in your foodtruck. As the chef and owner, you need to probe the new market and test certain products in small iterations to see if customers would like it, rather than creating dozens of dishes based on past success. You may need to throw away certain recipes and discover new ones. In cynefin terms, this is a complex environment where market needs are constantly shifting and the cause-and-effect relationship can be seen only in hindsight. The image below shows the benefit of decoupling tasks and working in short iterations to reduce risk, represented by a “release” typical to software development teams. 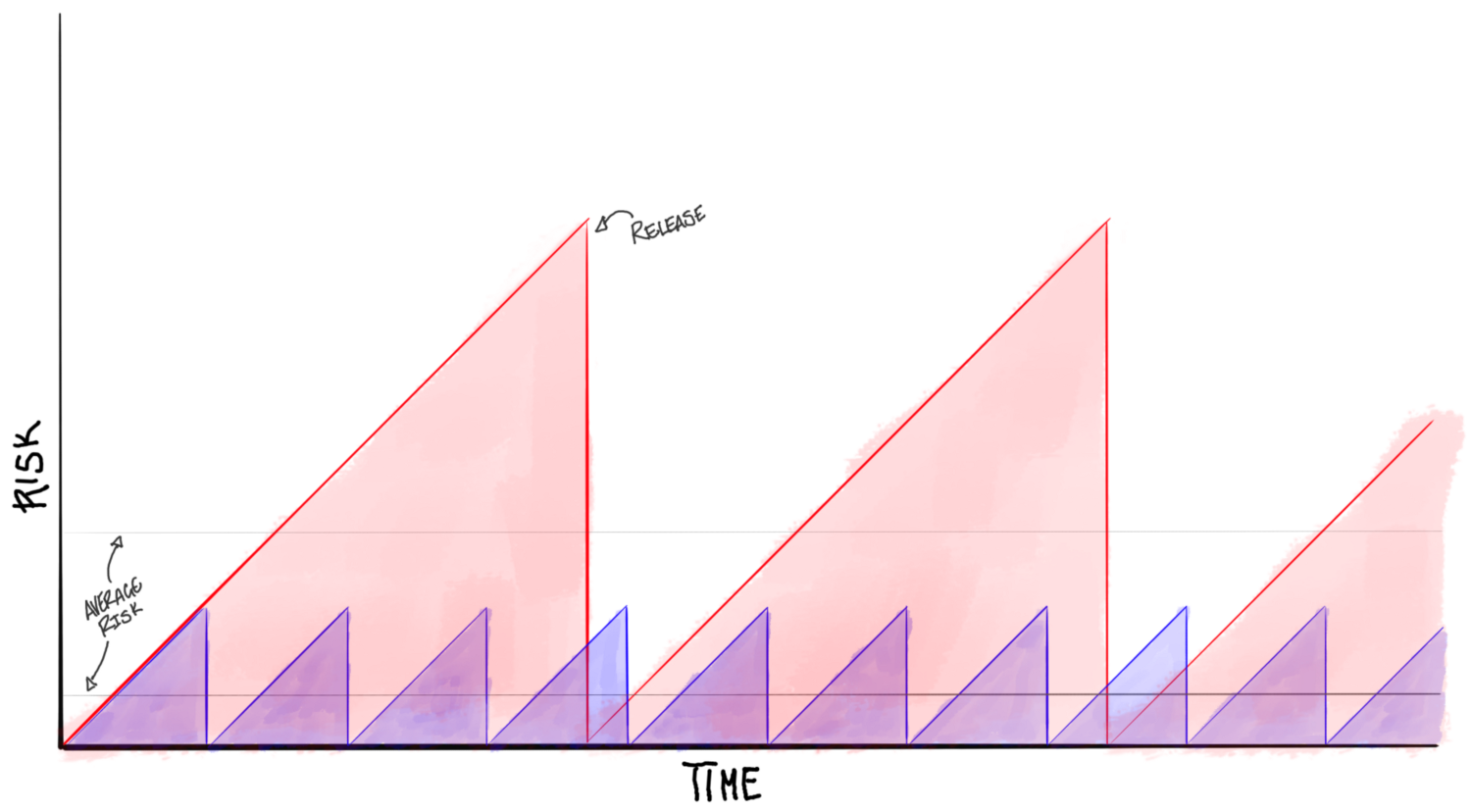 From the analogy above, these acts of probing and testing, inspecting and adapting, responding to change, and working in small iterations constitute the agile values and principles. Values are subjective, personal, emotional, and arguable parts of our internal system that guides our behavior, whereas principles are typically external, objective, factual, impersonal, and self-evident. 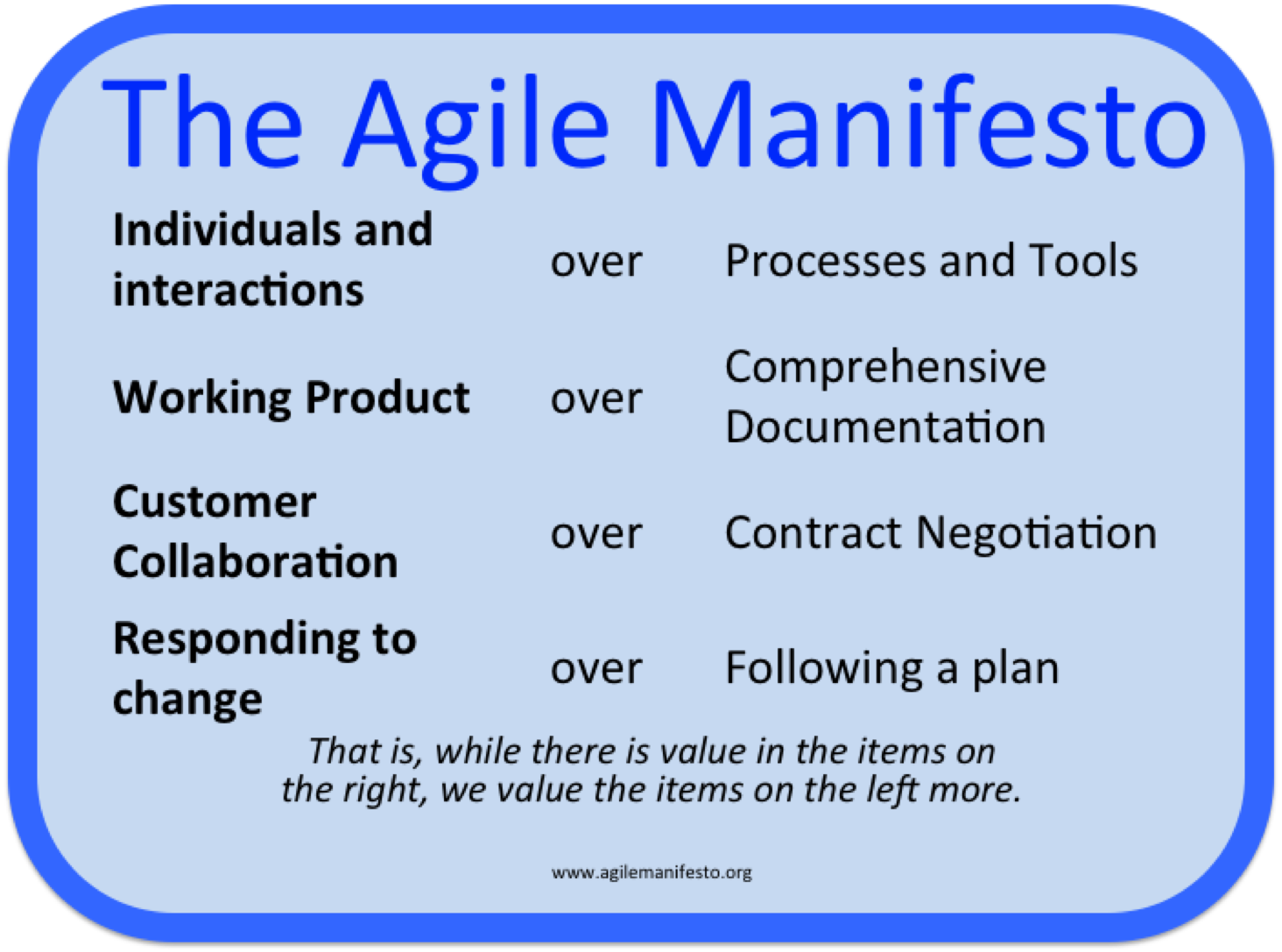 The second analogy that I had used was that of a cheetah versus a matador and its bull. The bull targets the muleta, or red piece of cloth, plans its path, and charges at it only to miss it in the last second as it’s pulled away. In contrast, the cheetah inspects its prey and adjusts it’s direction continuously. This give it a much better chance of catching its prey. The top half of the image below represents the bull’s approach, while the bottom half represents the cheetah’s. 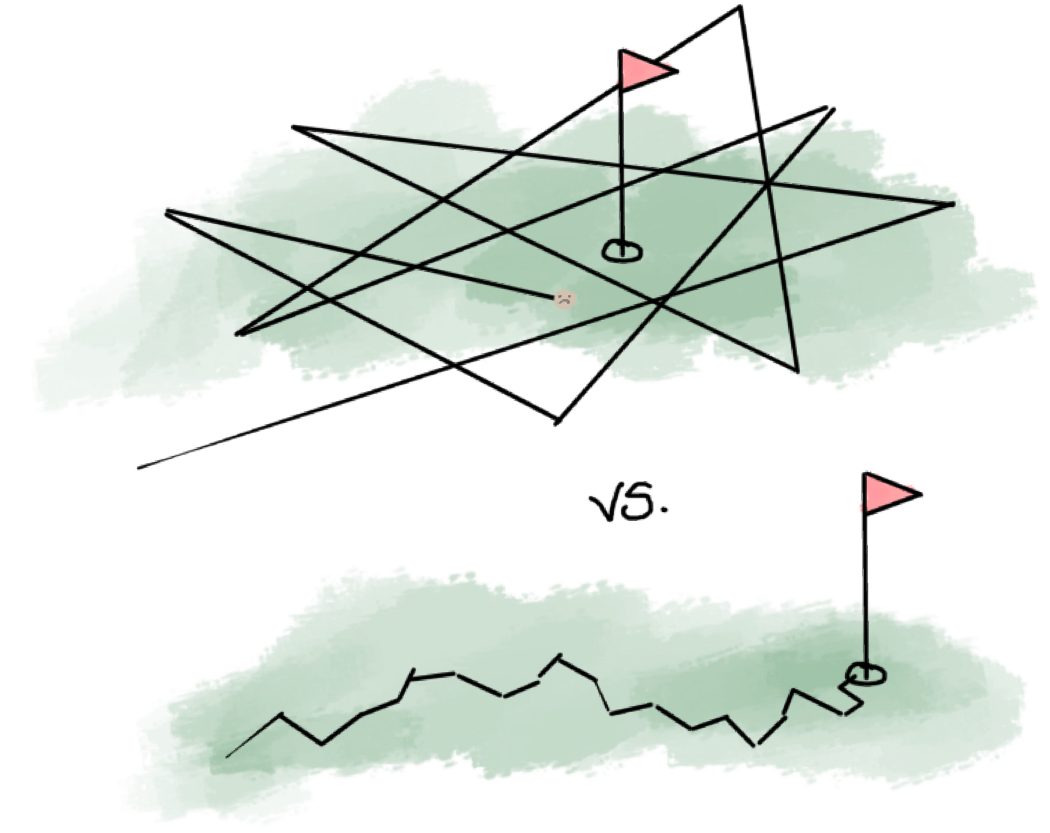 At the end of the day, agility isn’t about a particular framework (such as Scrum or Kanban). True agility lies in embracing the principles and values mentioned above and manifesting them through different practices that are tailored to your organization’s context. 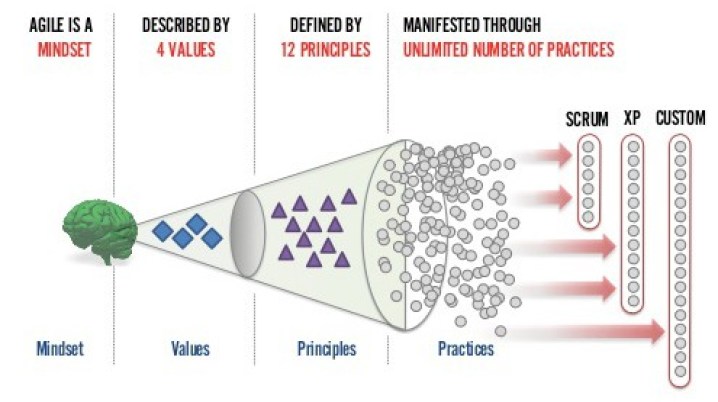 My role as an Organizational Coach, is to guide individuals and organizations through the journey of embodying the values and principles to figure our which practices can be tailored to your organization’s context.

Want to continue the conversation? Connect with me on LinkedIn.

Lean and Agile View all posts by Rahul Bhattacharya

2 thoughts on “Agility in 5 minutes”